What is Musical Theater?

3 years ago
OSMD
Music
No Comments

Musical Theater dates back to the beginning of the 19th century. It has evolved since, as it started as just music being a part of the show with no correlation to the story but as the stories progressed, the music started to fit in with the story and thus, musical theater was born! Musical theater is just a type of performance that combines, songs, acting, and dance. The songs being sung tell the story and continue it through to the dialogue being spoken. Dance is incorporated by highlighting and elaborating on what the song and dialogue are being said.

Like we stated earlier, you don’t have to be the world’s best singer to be a part of musical theater. There are many roles in musicals that don’t even require much singing if any at all. There is always room for chorus people, who just want to be a part of something as magical as musical theater, or you could be one of the dancers who shines in a big group dance number, or maybe you could just be an actor who speaks a couple of lines but has no big dance or musical number. It’s entirely up to you!

Here in Omaha, NE, we have plenty of theaters that do musical theater year-round! It helps to watch musicals, too! Every year at the Orpheum, Omaha Performing Arts puts on seasons of musicals for you to enjoy. If you are at all interested in musical theater, I highly suggest going to see as many musicals as you can and then enroll in a musical theater class to learn how to be a part of the wonderful world of musical theater.

Here at the Omaha School of Music and Dance, we have a fantastic musical theater class taught by the very best Aubrey, who has plenty of musical theater background and knowledge to pass on to the ones who are most interested! You will learn how to become a “triple threat” which is what they call people who can sing, act, and dance.

Musical theater is known for bringing all types of people together to help create some of the most memorable experiences for anyone involved. Being a part of a musical, backstage or on stage, helps you build confidence and have fun! Education can be improved by musical theater too, did you know that?! It has been proven that kids who are a part of a musical in school are more likely to graduate because it lets them contribute to something, and gives them a sense of responsibility. It also is a great way to discover a world outside of their own!

Musical theater is a gateway to all types of performances, but who doesn’t love to sing and dance?! Just because it is a theater, that does not mean that you have to be serious all the time. Just because it is musical, it does not mean that you have to have the world’s best singing background. Musical theater is all about exploration and having fun. It is hard to not have fun in musical theater! Like any other thing, it does require patience and practice but that is where we come in as a studio that offers musical theater classes! We can provide you with the key components to go off into the world and audition for shows or maybe even one day help you create your own musical! Call us as soon as possible to talk to any of our awesome desk ladies about our musical theater class! We cannot wait to watch you blossom! Register Today! 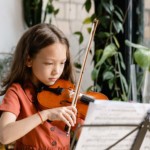 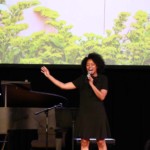 Enhancing Voice & Self, The Power of Voice Lessons 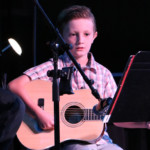 The World of Guitar