Starting in the early 1960s, Black Americans and Latino Americans created “uprock” and “breaking” in New York City. Black Americans in California created “locking”, “roboting”, “boogaloo” and “popping”; collectively referred to as the “funk” styles. All of these dance styles are different stylistically, although they share common ground in their street origins and in their improvisational nature.

More than 40 years old, hip-hop dance became widely known after the first professional street-based dance crews formed in the 1970s in the United States. The most influential groups were Rock Steady Crew, New York City Breakers, The Lockers, and The Electric Boogaloos, who are responsible for the spread of breaking, locking, and popping respectively.

Along with the evolution of hip-hop music, hip-hop social dancing emerged as well. Dances from the 1990s, such as the “Running Man”, the “Worm”, and the “Cabbage Patch” entered the mainstream and became fad dances. After the millennium, newer social dances such as the “Whip/Nae Nae” and the “Dougie” also caught on and became very popular.

Originally, hip-hop dance was not a studio-derived style. Street dancers developed it in urban neighborhoods without a formal process. Now, hip-hop dance is taught in many different dance schools, colleges and universities. The style is now taught in studios from early childhood ages, on into adulthood, often times being taught anywhere from daycares to retirement facilities.

When hip-hop is taught in a studio format, it can become just as competitive as most sports. Hip-hop teams often compete and are judged on categories like execution, creativity, formation, and level of difficulty. In many competitions, hip-hop dance is often combined with other styles, like cheerleading, lyrical and jazz dance.

This style of dance is also often televised. The Lifetime television show “Dance Moms” shows young children learning and performing, and often times being hired as professional dancers. Hip-hop dancers can be seen on the side-lines and half-time segments of professional sporting events, like the Super Bowl and other National Football League (NFL) games, as well as National Basketball Association (NBA) games. Musical artists often hire hip-hop dancers to perform in their music videos. Hip-hop dancers can also be seen in nationally syndicated commercials, on stage as main characters or back-up dancers at concerts, and even on Broadway.

If you are interested in learning how to hip hop dance, take a look at out webpage (www.omahaschoolofmusicanddance.com) or go to register at https://app.jackrabbitclass.com/reg.asp?id=520295! 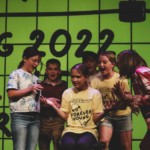 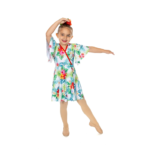 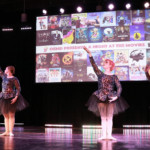